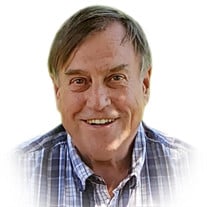 Early on the morning of September 4, 2020, a great man stepped gently through heaven's door. His life began on June 3, 1950 in Murray, Utah. Mark Beazer Player and Eva May Adamson Player welcomed their first son into the world and named him... View Obituary & Service Information

The family of William "Bill" Mark Player created this Life Tributes page to make it easy to share your memories.

Send flowers to the Player family.