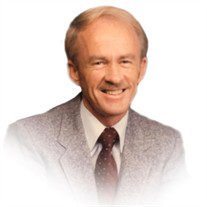 William Budd Mortensen, our fun loving, adventurous, kind-hearted son, father, grandfather, great-grandfather, brother and friend, passed away in his beloved mountains above Logan, Utah on September 6, 2020 while pursuing one of his favorite past times, hiking. Budd was born to Maynard James and Geraldine Boyle Mortensen on March 3, 1943. He was raised in Tooele, Utah in a very close-knit, loving family where he was also very fortunate to be surrounded by many extended family members who loved him dearly. He grew up hunting, fishing, raising pigeons with his brother Larry, who was his best friend. He excelled academically and also in track and field, and as a reward for his hard work and dedication he was accepted into Utah State University in the spring of 1961. Again, because of his hard work and dedication, he received a Bachelor of Science degree with a major in economics and a minor in mathematics. He remained a true blue Aggie for the rest of his life and seldom missed a home football or basketball game, and was a generous donor to the USU athletic program. During the five years he spent at Utah State, he said he found his place. He was married in the Logan LDS Temple, he later divorced, but from that union, came the two loves of his life, HIS TWO DAUGHTERS, Wendy and Kristi. He LOVED Cache Valley, and stayed here for the remainder of his wonderful life. His favorite place was Logan Canyon, where he could always be found hunting, fishing, hiking and skiing the Beav! You could always recognize Budd on the slopes because of the world record tall beanie that always covered his head. If you didn’t know who Budd was and was fortunate enough to ride the lift with him, I guarantee you got to know him through an extended conversation that lasted until you parted ways at the top. Budd had a distinguished 50 plus year career at the Ogden office of the I.R.S. where we served in the Public Relations Department. He loved his job and the people he worked with so much, he never retired and worked right up until the day of his death. He was an active member in his community and attended many Logan City meetings to let his voice be heard. He was always a very active member in The Church of Jesus Christ of Latter-day Saints and served in many callings throughout the years. One in particular was when he was called to oversee the cleaning of the Logan Tabernacle. Every week it was his duty to make sure that one Logan ward was aware that it was their week to clean the Tabernacle and to make sure they had enough people assigned so that it could be done in about an hour. Every week guess who would show up and help no matter how many people were there or how long it took. Even after he was released from this calling, he still went over every Saturday morning to help and make sure the job got taken care of. I’m certain every week the assigned ward members wondered who THIS new member of their ward was. All of Budd’s family members knew if we were doing something with him on Saturday, we had to schedule it around the cleaning of the Tabernacle. He always told us, “Everyone needs a clean Tabernacle”. Budd’s greatest joy was his family. He did everything with them and called them or visited them every day to find out what adventure we could all do that day. He took his kids and grandkids and all their friends fishing, golfing, hunting and to all the Jazz games and Aggie basketball games and football games. He ended every adventure with a mandatory “Angies Dinner”; in fact, he went to Angies almost on a daily basis to solve the world’s problems over his favorite beverage at the bar with his lifelong friends. He knew every waiter and waitress by name. He was preceded in death by his parents; brother, Larry; and his second father, Lynn Mortensen. He is survived by daughter Wendy Smith (Terry) of Hyrum, Utah; daughter Kristi Forsberg (Brian) of Nibley, Utah; sister Kaye Pratt (Brad) of Tooele, Utah, his beloved grandchildren, Shandie (Chris) Castillo, TJ and Justin Smith, Savannah (Austin) Weston, Nickolas (Reggie) Forsberg and Tate Forsberg, and his adorable great-grandchildren, Kairi, Jaxon, Carter, Cooper, Aubrie, Nixon and Nash. Budd lived life to the fullest; he made friends everywhere he went. He loved outdoor adventure and was on a big one at the time of his passing. He was as Christlike as they come, exhibiting every attribute of Christ you can think of 24/7. Budd, “Go rest high on your mountain” and know that is it well deserved when Jesus Christ says to you, “Well done thou good and faithful servant.” You were an example to each of us. We miss you terribly, we love you dearly, and will NEVER be able to replace you! May we all live our lives in such a fashion that someday we will be able to be reunited and live with you again. In lieu of flowers the family would like to ask for donations made to the Cache County Search and Rescue. We will never be able to thank them for all the work they and the people of this community did in searching for our dad. No wonder Dad always said we live in the best place in the world. Funeral services are under the direction of Allen-Hall Mortuary and will take place Wednesday, September 16th beginning at Noon at the Nibley LDS meetinghouse located at 130 West 2600 South, Nibley. A viewing will be held prior to services at the church from 10 to 11:30am. Services may be livestreamed via the following link: https://us02web.zoom.us/j/87899357518 Condolences may be expressed online at www.allenmortuaries.net

William Budd Mortensen, our fun loving, adventurous, kind-hearted son, father, grandfather, great-grandfather, brother and friend, passed away in his beloved mountains above Logan, Utah on September 6, 2020 while pursuing one of his favorite... View Obituary & Service Information

Send flowers to the Mortensen family.