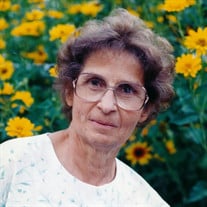 Zella Hansen Mortensen was born on December 20, 1933 to Tressa Maria Love and Louis Manervan Hansen in Sutherland Utah. She joined brothers Ladd, Louis, Lee, and sister, Marie. Later Paula, Laurence (Butch), and Leslie completed the family. Mom loved her rural upbringing and said she had the best parents in the world. From playing in the “big ditch” to walking to the movies and watching the starry sky, she enjoyed life with her family in rural Scipio. Zella’s adventures took her to Logan, where she met Dean Mortensen, while working as a waitress at the Bluebird Cafe. They were married on June 25, 1954 and later sealed in the Logan, Utah Temple. Teena came along first, followed nine years later by April, Jim, and Tressa. Mom was a creative artist who used her talents in a variety of ways: China painting, Oil painting, playing practical jokes, playing the piano, sewing, gardening, being the “fun, gypsy” aunt, and in the way she lived her life. Never one to be constrained by what people would think, she was a friend to all she met, even trying to teach telemarketers how to do their family history when they would call. She has struggled with many challenges over the past several years, mainly with her health, eyesight, and the loss of her daughter April. Her love of animals has given her good company with her beloved kitties always there to provide comfort. Her love of people has brought her treasured friends who have served her in many so many ways. Her love of the gospel has given her a testimony of Jesus Christ and his infinite love for each one of us. She is survived by her children: Teena (Bruce) Cook, Salem VA, Jim (Sa) Mortensen, Logan, UT & CA, Tressa (Kent) Haderlie, North Logan, UT, Grandchildren: Aaron (Beth) Cook, Natalie (Spencer) Sheets, Cameron (Heidi) Cook, Lauralee Cook, Ash Mortensen, Thanat (Kiersten) Thanatanon, Yanothai Thanatanon, Maranda (Brady) Garvin, and Brandon Haderlie. Great-Grandchildren: Callie & Maya Cook, Hannah & Jenna Sheets, and Nellie Cook. At her request, interment will be in the Nephi, UT Cemetery, near her parents. A family graveside service will be held at the Nephi Utah Cemetery on Tuesday, December 29. Due to the current health situation, a celebration of life will be held later in the year. Arrangements under the care of Allen-Hall Mortuary. Services will be live streamed beginning at 1pm Tuesday, December 29th, and may be viewed online at: https://us02web.zoom.us/j/82111729591?pwd=TzN0R3lFK2VnRWdQVUJiUzBCd2pidz09 Password: Zella

Send flowers to the Mortensen family.