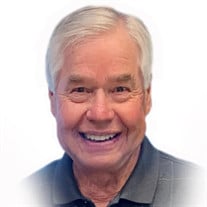 David William Miles passed away on January 28, 2022, at the age of 77 from injuries sustained in a snowmobile accident. He was doing what he loved with his best friend on a bluebird day in Tony Grove. He was born on March 2, 1944, to Orin and Gwenaver Miles. His childhood was spent in Smithfield Canyon where his love of adventure, hard work and fun began. He graduated from North Cache High School in 1962. He served a mission in Southern Germany for The Church of Jesus Christ of Latter-day-saints. He married his high school sweetheart, MarGene Griffin, in the Logan Temple in 1966. He attended Utah State University where he was affiliated with PiKappa Alpha Fraternity. He graduated from Northwestern University Dental School in Chicago in 1972. He was a professor at Northwestern before coming back to his canyon roots. He practiced dentistry in Smithfield for 27 years. His best day was first chair on a powder day at the Beav where he served as a member of the National Ski Patrol at Beaver Mountain for forty years. He loved the temple where he and his wife served as ordinance workers for 10 years. His greatest loves were his wife, his children and grand-children, which he spent his life in selfless service to them. He was proficient, even at the age of 77, still motorcycling, bicycling, snowmobiling, snow skiing, water-skiing, and playing tennis. He tinkered on anything with a motor and was primarily found pushing snow in the snow plow truck and moving anything with his backhoe and dump truck. He is survived by his wife, MarGene, daughter Melissa Johnston (Ben), son Jonathan Miles (Angie), his 9 grandchildren, Aubin, Noah, Mia, Jackson, Bella, Elder Bronson Miles, Ava, Hudson, Olivia and his brother Gerald Miles. A viewing will be held at Allen-Hall Mortuary, 34 East Center St., Logan, Utah on Thursday, February 3, 2022 from 6-8pm. A viewing will be held in the Smithfield Utah Stake Center, 600 East 120 South, Smithfield, Utah on Friday, February 4, 2022, at 11:00 am. Funeral services will follow at 12:00 pm. Interment will be in the Smithfield Cemetery. To view the funeral live, click on the following link on Friday at 12 p.m.: https://us02web.zoom.us/j/87529946074?pwd=azBsQUdMRUE3YUtZcHNwN0ZXT3Evdz09 (password: Miles) If you were not able to view the funeral live, a recording of the funeral can be accessed here at a later date: https://www.allenmortuaries.net/obituaries/David-Miles-11/#!/PhotosVideos

David William Miles passed away on January 28, 2022, at the age of 77 from injuries sustained in a snowmobile accident. He was doing what he loved with his best friend on a bluebird day in Tony Grove. He was born on March 2, 1944, to Orin... View Obituary & Service Information

The family of David William Miles created this Life Tributes page to make it easy to share your memories.

Send flowers to the Miles family.