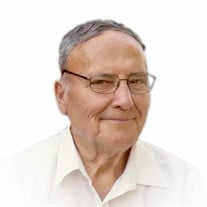 Joseph Roscoe Fenton “hung up his Nike’s” as he was fond of saying, and was reunited with his beloved wife Sarah on March 3, 2022. Joe was born August 29, 1943 in Salt Lake City, Utah to Joseph Stephen Fenton and Beulah “Boots” Boden Fenton. He was the oldest of 6 children. Joe graduated from Highland High School in 1961 where he excelled in baseball and football. He served a mission for the Church of Jesus Christ of Latter-Day Saints in the Southern States Mission. He later attended and graduated from the University of Utah in Sociology. Joe met Sarah Soderborg, a beautiful returned-missionary, at a young single adult activity and knew he wanted to marry her. They were married August 31, 1967 in the Salt Lake City Temple by Ezra Taft Benson. Joe and Sarah were blessed with six children, Ruth, David, Andy, Bethany, Tom, and Tim. Joe was a hard worker from the time he was a child and had many different jobs including sales, insurance and real estate. They lived in Sandy, UT; Reno, NV; and North Logan, UT. Joe and Sarah volunteered for many years at the North Logan Pumpkin Walk, transitioning it from the original location of Beutler’s farm to Elk Ridge Park. Joe also enjoyed yard work, home improvement, watching sports, fishing and spending time visiting with family and friends. Joe had a deep love of the gospel of Jesus Christ and spent his life encouraging others to “not just hold on to the rod, but love the feel of the steel.” He served with the young men, sunday school and several bishoprics, but his favorite calling was working with young single adults. As the bishop of a young single-adult ward, he developed a dating plan for young single adults who were discouraged about marriage. Later, Joe and Sarah served two church missions together. The first was in 2012 in Edmund, Oklahoma as college Institute teachers, and their second mission was in 2014 working with students at Utah State University. Joe often said, “He was the richest man in Cache Valley,” because “he had everything money can’t buy.” He loved investing in people. Nothing made him happier than encouraging or helping someone who needed it. He made everyone feel like “one of his favorites.” Joe leaves behind his siblings; Stephen/Kathy, James /Joyce, Tony/Jeanne, Mary/Alan (Karren), and Michael/Kathleen. His children and their spouses; Ruth/Howard (Bonzo), David/Natalee, Andy/Stefanie, Bethany/Curtis (Bingham), Tom/Ami, Tim/Brynn; 30 grandchildren, 2 great-grandchildren, as well as family and friends whom he dearly loved. He is preceded in death by his wife Sarah Soderborg Fenton, and parents; Joseph and Boots Fenton. Funeral services will be held Saturday, March 12, 2022 at 11:00 a.m. at the Church of Jesus Christ of Latter-Day Saints building located at 1295 N. 800 E. (Aztec Chapel) Logan, UT, with a viewing beforehand from 9:30-10:30 a.m. Interment will be at the North Logan Cemetery. Services are under the arrangements of Allen-Hall Mortuary. Services will be livestreamed and can be accessed by going to www.allenmortuaries.com. Click on the following link to view the funeral live on Saturday, March 12 at 11 a.m.: https://us02web.zoom.us/j/86305003139?pwd=em5iOGZDVU9YdTRTZ2pRQkhxMkhHQT09 (password: Joseph) The funeral video will be recorded and can be accessed here: https://www.allenmortuaries.net/obituaries/Joseph-Fenton/#!/PhotosVideos

The family of Joseph R. Fenton created this Life Tributes page to make it easy to share your memories.

Joseph Roscoe Fenton “hung up his Nike’s” as he was fond of saying,...

Send flowers to the Fenton family.